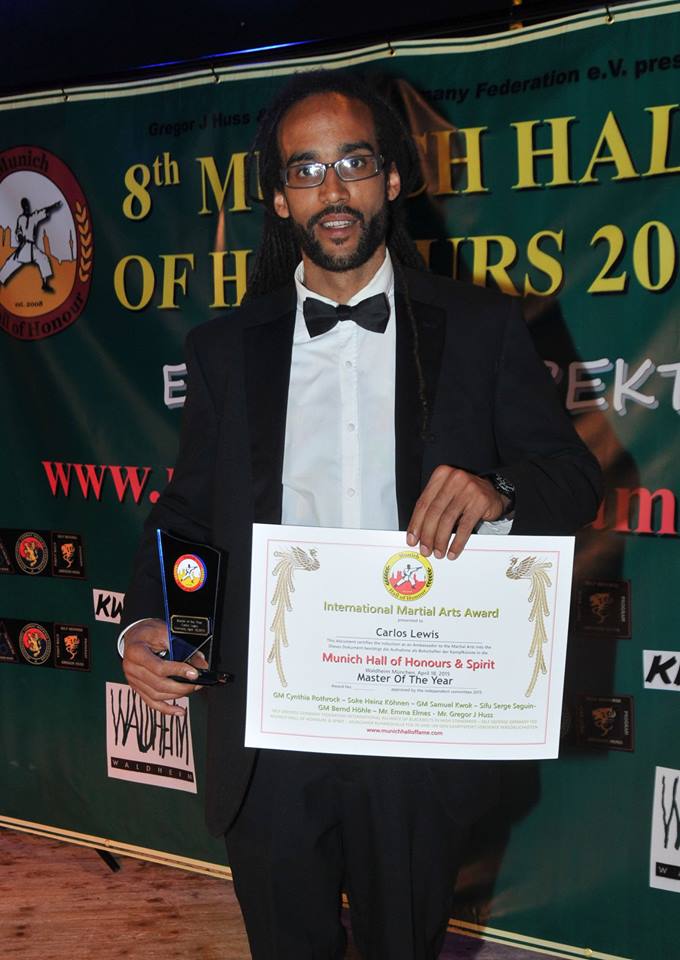 Master Carlos Lewis is a highly respected martial arts expert, mentor, life coach and a practitioner of Traditional Chinese Medicine. Master Lewis has been privileged and honoured at the highest level, being inducted into the Mega Magazine Hall of Honour in Atlantic City, New Jersey, USA in 2014, and receiving the "Outstanding Contributions to the Martial Arts" award. In 2015 he was awarded Master of the Year at the Hall of Honours in Munich, Germany, and in the same year he was inducted into the UK Martial Arts Illustrated Hall of Fame, receiving Fighters Award 2015.

He first started martial arts at the age of 5 in 1984 with Judo and this soon opened his eyes to other martial arts. Being a fan of Jackie Chan, Carlos also started training in Tang Soo Do as this reflected more of the kicking he would see in the movies. He went on to study various other martial arts including Taekwondo, Thai Kickboxing, Wing Chun, Boxing and Kung Fu.

He has travelled the world learning and teaching many kinds of martial arts with some of the leading Grandmasters and celebrity martial artists. Master Carlos Lewis established his Martial Arts School in 2003 and has trained students to national and international standard. He has become a community role model benefiting children and adults through the philosophy of martial arts and modern life skills. He regularly gives motivational speeches in schools and events helping people to find their purpose and achieve their dreams!

In 2015 Carlos was awarded Master of the Master Arts from the World Wide Martial Arts Council signed by some of the world’s leading Grandmasters and Martial Artists.

Master Carlos Lewis is also a high-level mentor and life coach, and has helped people from all over the world to transform their passion into reality by stepping beyond their limitations and into their full potential. He believes that martial arts has a deep philosophy of driving personal development, self-realisation and achieving fulfilment in all aspects of life.